About the Book: Clara Morgan is living the dream, if you can call rebranding hotels that are desperate for a new life and running any kind of marathon a dream. Which she does. But the career she loves and the endurance races that keep her adrenaline pumping have kept her too busy to put down any roots. Growing up in foster care, she’s never been able to establish traditions of her own, which may be why she’s fascinated by the rituals that generations-old family resorts are known for. She’s especially interested in the Bryant Mountain House, and not just for their secret recipe for the yummy, gooey, can’t-get-enough-of Hot Cross Buns….

Archie Bryant, the man with the Buns, is fifth generation and one-day-owner of the charming yet run-down Bryant Mountain House in Bailey Falls, New York. He’s determined to save his family’s legacy from the wrecking ball the old-fashioned way—by gritting his teeth and doing what needs to be done. There’s no way Archie will be influenced by the new hotel branding expert his father brought in to turn one hundred and fifty years of tradition on its head just to attract a faster, younger, slicker crowd. But when some of Clara’s ideas start bringing in new, paying customers, Archie can’t deny that she may have just given him a shot at keeping his resort open.

Buns absolutely wins this competition!  Hands down.  There’s just something about the way Alice Clayton writes that makes me laugh.  She’s so clever.  I also love that all three of her men, and all three of her women, have very different and strong personalities.  You’d never confuse Roxie, Natalie and Clara, or Leo, Oscar and Archie!

Buns didn’t have the extra spark that Cream of the Crop had.  There is something really special about Natalie, but it still had enough to keep me reading, finishing the book in one day.

I think what stood out about this installment was how different the main characters were.  And also, it was how feisty they were with each other.  I’ve always been a sucker for fights that end in lust scenes.  There was so much heat!  I also just liked Archie.  I liked that he wore glasses, and how he was blind as a bat without them.  I love a good sexy nerd, and that’s Archie to a T.

The only thing that was missing, and the reason why I think I liked the first two more, was there wasn’t enough about Bailey Falls.  I loved how the town was almost its own character.  It was so quaint, and with a huge personality all its own.  I wish we’d gotten more from the town, while getting to know the Bryant Manor House, and it’s employees.

Finally, I’ve said it in each review and I’ll say it again, I love Logan and Chad.  Alice, for real this time, please please go back and give us a Logan and Chad prequel! 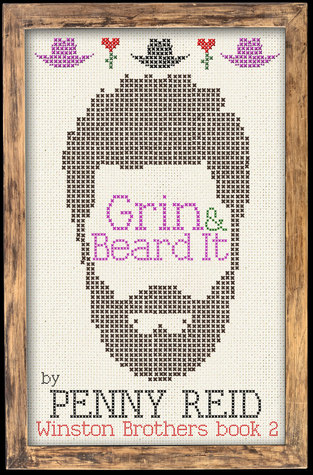 About the Book: Sienna Diaz is everyone’s favorite “fat” funny lady. The movie studio executives can’t explain it, but her films are out-grossing all the fit and trim headliners and Hollywood’s most beautiful elite. The simple truth is, everyone loves plus-sized Sienna.

But she has a problem, she can’t read maps and her sense of direction is almost as bad as her comedic timing is stellar. Therefore, when Sienna’s latest starring role takes her to the Great Smoky Mountains National Park she finds herself continually lost while trying to navigate the backroads of Green Valley, Tennessee. Much to her consternation, Sienna’s most frequent savior is a ridiculously handsome, charming, and cheeky Park Ranger by the name of Jethro Winston.

Sienna is accustomed to high levels of man-handsome, so it’s not Jethro’s chiseled features or his perfect physique that make Sienna stutter. It’s his southern charm. And gentlemanly manners. And habit of looking at her too long and too often.

Sienna has successfully navigated the labyrinth of Hollywood heart-throbs. But can she traverse the tenuous trails of Tennessee without losing her head? Or worse, her heart?

While I do have to give the edge to Buns, I definitely wouldn’t kick Jethro Winston out of bed for eating crackers!  I do love a man in a beard!

There is something really fun about this bearded series; I’m really glad I chose to read it.  I really liked Truth or Beard, but Grin and Beard It was even better.  Honestly, I have to give it to Sienna.  I definitely enjoyed her antics far more than Jessie’s whining.  Sienna was a hilarious protagonist and I loved how forthright she was all the time.  Even when it took her a minute, she always managed to talk about what issues she was having.

Overall I thought this sequel was less angsty than the first one, which could also be another reason I enjoyed it more.  I enjoy couples who work things out, and fight to stay together, and that’s exactly what Jethro and Sienna did.

Next book is about Cletus.  I have a feeling it’s going to be even better than this one!  Thank goodness Hudson Valley is finished, and there’s no competition.