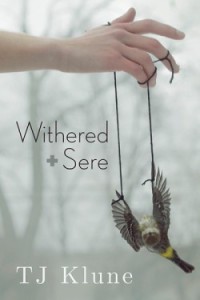 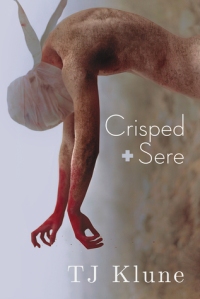 About Book One: Once upon a time, humanity could no longer contain the rage that swelled within, and the world ended in a wave of fire.

One hundred years later, in the wasteland formerly known as America, a broken man who goes only by the name of Cavalo survives. Purposefully cutting himself off from what remains of civilization, Cavalo resides in the crumbling ruins of the Northern Idaho Correctional Institution. A mutt called Bad Dog and a robot on the verge of insanity comprise his only companions. Cavalo himself is deteriorating, his memories rising like ghosts and haunting the prison cells.

It’s not until he makes the dangerous choice of crossing into the irradiated Deadlands that Cavalo comes into contact with a mute psychopath, one who belongs to the murderous group of people known as the Dead Rabbits. Taking the man prisoner, Cavalo is forced not only to face the horrors of his past, but the ramifications of the choices made for his stark present. And it is in the prisoner that he will find a possible future where redemption is but a glimmer that darkly shines.

The world has died.

This is the story of its remains.

My love for all stories by TJ Klune has become something a few of us joke about.  I know I’m constantly pushing his books, telling everyone how good they are, and putting them on almost every imaginable list that comes my way.  Yes, it’s true I’m one of his super-fans, but it doesn’t change the fact that it’s because he’s a phenomenal writer.  I mean, he truly has something really special.  A gift.  So, when I say Immemorial Year is so unbelievably powerful, you just really have to believe me.

Immediately, upon finishing Crisped + Sere I went online looking for any update about the continuation of the series.  I have to sit on it for a few days, but right now (with my heart shattered all around me) I think Immemorial Year may be my most favorite of all TJ’s works so I had to know if there would be more.  There won’t be, and that’s okay.  I completely understand why, and there was a pretty solid ending.  What does make me sad is ‘lack of interest’ played a part in his decision, and that is tragic because people don’t realize how fabulous this story is, and how grudgingly heroic Cavalo and his people are.  They don’t understand how these characters get under your skin, filling you with their bees.  Because that’s exactly how I felt.  Like my world was buzzing, because I was filled with the best kind of anxiety.  I was overcome with emotion.

I mean, this is a brutal and violent story.  Cavalo and the mute Psychopath are very damaged men.  This isn’t your typical romance novel, full of tender and sweet moments and heartfelt declarations.  It would never have worked if it’d been written that way.  It’s harsh and painful.  I hurt and bawled.  There were times I had to put it down, just so I could breathe for a little bit.  And I want so badly to talk about this book with someone.  I want so badly to pour out all the best, most heartfelt, moments in Immemorial Year, but I can’t spoil anything which makes this review so much harder.

Actually, when I think about it, reviews like this are the worst!  I feel like I only have so many words in which to convince everyone/anyone to read this series, and yet when I sit down to write, and try to put into words how brilliant it was I feel like my brain goes blank.  I sit here, and all I can put together are random phrases like, ‘I cried so hard’, or ‘I was wrecked’.  Both of those are true, but they don’t really explain why you should read this series.