This week is all about ARC’s!

ARC’s are hit and miss, really.  You request something, or join a blog tour, and you stand a greater chance of being let down than you do discovering the next brilliant hidden gem.  It does happen though, enough to keep us coming back.

Here are five of my favorites. 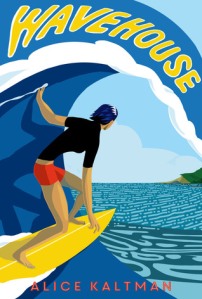 Sixteen year-old Anna Dugan is a super surfer who feels most at home when taking off on a ten-foot wave. But surf culture bores Anna big time. While other surfers follow trends and speak the lingo, Anna harbors a secret desire to be an artist, drawing houses made of waves. It’s not the most practical dream for the daughter of a single mom living in Kendall’s Watch, a beach town where most kids are so surf-centric they think ‘Current Events’ have something to do with ocean tides.

Anna is not only the best surfer in Kendall’s, she’s also the shyest. When a surf scout comes to town to gage her talent, Anna freaks out and refuses to let him watch her. To protect herself from the pressure and the panic, Anna decides to only surf at her private break, Secretspot, for the rest of the summer. But Secretspot becomes treacherous in ways Anna never imagined, and the danger has nothing to do with waves. When a gorgeous stranger paddles out, smiling a bewitching smile and surfing like a god, their chemistry is impossible to ignore. A series of events are set in motion that will change Anna’s life forever; events that raise difficult questions about love, honesty, betrayal and family ties.

In the end, is it worth it? Dive in to Wavehouse, life-preserver recommended, and the decision is yours.

Wavehouse was the surprise ARC I read more recently.  I joined the blog tour, not really knowing much about the book.  I only knew it was a coming of age, surf story.  When I actually read it I was blown away by the the depth of characters and relationships.  I know it’s going to stay a favorite.

Living with the Fall by Hannah Thompson

In a dystopian future ravaged by a zombie virus, teenaged Flo dreams of becoming a hunter. Instead, he becomes infected, and while plagued by hunger, he is able to control his urges. Hoping his life can still hold some meaning, Flo agrees to travel with hunters Hulme and Dihr, and he discovers a world unlike anything he imagined.

On the continent, people are struggling to hold back the apocalypse by finding a cure to the disease, and Flo might be the key. But friendships and trust are tested as the trio crosses hostile territory and faces dangers beyond the zombie infestation. In the end, only Flo can decide if he can live with what he’s become.

Not only was Living with the Fall unknown when I requested to read it, it is still mostly unknown today.  It’s crazy because it’s one of the best zombie books I’ve ever read.  The world and characters were unique, with a western post apocalyptic world live I haven’t read since.  I’ve hoped for a sequel, but the author seems to have disappeared.

Storm & Silence by Robert Thier

Freedom – that is what Lilly Linton wants most in life. Not marriage, not a brood of squalling brats, and certainly not love, thank you very much!
But freedom is a rare commodity in 19th-century London, where girls are expected to spend their lives sitting at home, fully occupied with looking pretty. Lilly is at her wits’ end – until a chance encounter with a dark, dangerous and powerful stranger changes her life forever…

Enter the world of Mr Rikkard Ambrose, where the only rule is: Knowledge is power is time is money!

When I was still blogging on Badass Book Reviews Robert Thier sent us a request for review, and I shrugged and accepted.  The cover and synopsis seemed interesting but I had no expectations.  Now I have a million expectations for Lily and Ambrose!  I have major expectations for marriage and little babies shouting ‘Knowledge is power is time is money!’  I LIIIIVE for this series!

Next Year in Havana by Chanel Cleeton

After the death of her beloved grandmother, a Cuban-American woman travels to Havana, where she discovers the roots of her identity–and unearths a family secret hidden since the revolution…

Havana, 1958. The daughter of a sugar baron, nineteen-year-old Elisa Perez is part of Cuba’s high society, where she is largely sheltered from the country’s growing political unrest–until she embarks on a clandestine affair with a passionate revolutionary…

Miami, 2017. Freelance writer Marisol Ferrera grew up hearing romantic stories of Cuba from her late grandmother Elisa, who was forced to flee with her family during the revolution. Elisa’s last wish was for Marisol to scatter her ashes in the country of her birth.

Arriving in Havana, Marisol comes face-to-face with the contrast of Cuba’s tropical, timeless beauty and its perilous political climate. When more family history comes to light and Marisol finds herself attracted to a man with secrets of his own, she’ll need the lessons of her grandmother’s past to help her understand the true meaning of courage.

I read Chanel Cleeton’s Wild Aces series and I enjoyed it.  When I agreed to review Next Year in Havana I expected a story that was mostly romance.  That is not what I got.  This book is historical heavy, all about the fall of Cuba and the exiles.  It is deep and beautiful, and I feel like it taught me so much about Cuba.  It made me love Cuba, and I haven’t a drop of Cuban in me.  Oh, and there’s also romance.

Heels Over Head by Elyse Springer 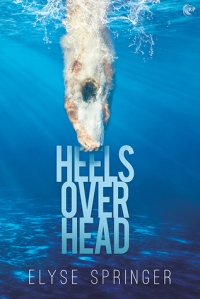 Jeremy Reeve is one of the best divers in the world, and he’s worked hard to get where he is. He intends to keep pushing himself with one very clear goal in mind: winning gold at the summer Olympics in two years. That medal might be the only way to earn his father’s respect as an athlete.

Brandon Evans is everything Jeremy isn’t: carefree, outgoing, and openly gay. With his bright-blue eyes and dramatic tattoos, he’s a temptation that Jeremy refuses to acknowledge. But Jeremy can’t ignore how talented Brandon is—or that Brandon has no interest in using his diving skills to compete.

They’re opposites who are forced to work together as teammates, but Jeremy’s fear of his own sexuality and Brandon’s disinterest in anything “not fun” may end their partnership before it begins. Until a single moment changes everything, and they help each other discover that “team” can also mean family and love.

Prior to reading Heels Over Head I’d never read anything by Elyse Springer… actually, I haven’t read anything by Elyse Springer since.  I think maybe I should remedy that, because Heels Over Head shocked me!  I requested it because it was sports romance, about swimming, but I read it nonstop because it was freaking good!  Good characters, good plot, extremely romantic and sweet.  Wonderful book that I think I want to read again soon.