Coffee!  I actually like a really good cup of coffee, so this one should be fun.  Thank you, icebreaker694, for tagging me. 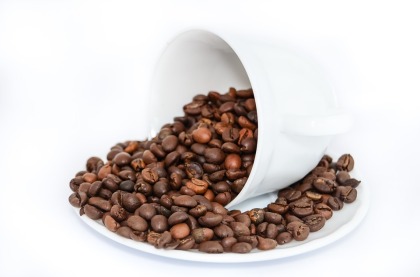 BLACK – A series that’s tough to get into but has hardcore fans:

Does ‘tough to get into’ mean that I’ve tried reading it?  Or does it mean one that I have no intention of reading, despite how many hardcore fans they have?

If it’s the former, then I’ll pick Lord of the Rings.  I read the first book.  I read half of the second, but after that I petered out and haven’t even tried to pick it back up.  It’s just far to dry for my taste.

If it’s the latter, then I’ll go with 50 Shades.  Despite how popular it is, I have absolutely no desire to read the book.

PEPPERMINT MOCHA -A book that gets more popular during the winter or a festive time of year:

Hmmm, this is tough.  I don’t actually read books based on a holiday or the season.  This would be a lot easier if you were asking for a movie.  I’ve got a million of those.

How about The Little Matchgirl.  It was one of my childhood favorites, and it is a Christmas book even though it is sad. 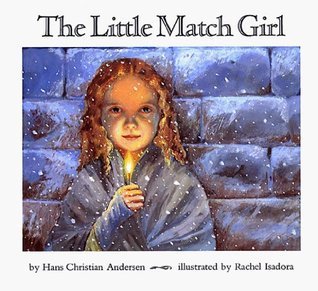 The Monkey and the Crocodile by Paul Galdone

It’s the story of the monkey who outsmarted the crocodile and walked away with the mangoes.  See, I love tricksters.  I love Monkeys.  And yummy yummy, I love Mangoes!

DOUBLE SHOT OF ESPRESSO – A book that kept you on the edge of your seat from start to finish:

I’m going to go with Angelfall by Susan Ee.  The sequels were never quite as good as the first book, but Angelfall was edge of your seat from beginning to end.  It was also the darkest I’ve ever seen a Young Adult author go at the time.

STARBUCKS – A book you see everywhere:

The Love that Split the World by Emily Henry

It seems like everyone is reviewing this book lately, and most people really like it.  I have a friend who didn’t lke it, and I admit that I gave it the brush off ater that.  Maybe eventually I’ll give it a shot.

THAT HIPSTER COFFEE SHOP – A book by an indie author (shout out):

Among the Living (because Jordan Castillo Price is awesome!), and also The Rise of Renegade X by Chelsea Campbell.

OOPS I ACCIDENTALLY GOT DECAF – A book you were expecting more from:

I put off reading A Girl with All the Gifts for a long time, but I still knew that when I read it I was going to be blown away.  The syopsis was spectacular.  Then I read it and I found myself grossed out and underwhelmed.  I was definitely expecting more. 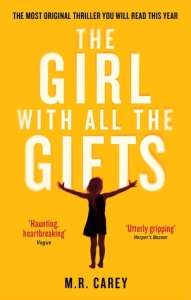 THE PERFECT BLEND -A book or series that was both bitter and sweet, but ultimately satisfying:

I hate reusing books I’ve already talked about, but when I’ve racked my brain and I can’t think of something different, I guess I have to go back to the usual selection.

How to Kill a Rock Star by Tiffani DeBartolo

To this day I have yet to read a book I both loved and loathed.  I’ve said it before, but I was perminently scarred by HTKARS.

GREEN TEA – A book that is quietly beautiful:

I guess I’m going to be a copycat, because I think Icebreaker694 hit the nail on the head with Eleanor & Park.  It is the definition of quietly beautiful.

CHAI TEA – A book or series that makes you dream of far off places:

The Scorpio Races by Maggie Stiefvater, because I would love to live on an isle with mythical deadly horses!

I don’t read a lot of classics, but I did read and like Wuthering Heights, so by default I’ll go with that one.

I TAG: This is the first time I’v done this, but I tag anyone who’s interested in doing this one.  If you like coffee, give it a shot!  I’d love to read your thoughts.