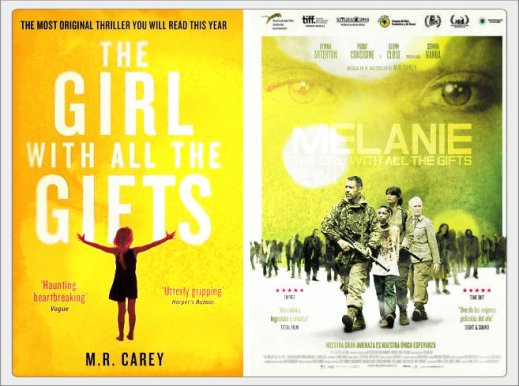 Every morning, Melanie waits in her cell to be collected for class. When they come for her, Sergeant Parks keeps his gun pointing at her while two of his people strap her into the wheelchair. She thinks they don’t like her. She jokes that she won’t bite, but they don’t laugh.

Melanie loves school. She loves learning about spelling and sums and the world outside the classroom and the children’s cells. She tells her favorite teacher all the things she’ll do when she grows up. Melanie doesn’t know why this makes Miss Justineau look sad.

The Girl with All the Gifts is a sensational thriller, perfect for fans of Stephen King, Justin Cronin, and Neil Gaiman.

The Girl with All the Gifts was a hard book for me to read.  Not only did it hit on a few of my phobias, which made me squeamish, but it felt like a very bleak story.  My husband likes to argue with me, but I will always prefer a story with hope rather than complete despair.  What’s the point of watching Walking Dead if you know everyone dies in the end!?  That was one of my issues with this book.  The story was so desolate, especially the ending.  I also thought the writing was really slow.  For being a horror/zombie novel I never felt my adrenaline spike.  (except when they were talking about fungus’s growing on brains. Ew. Phobia!)  When I wasn’t actively reading, I couldn’t care less about the story.  I never invested.

While watching the movie my perspective was totally different.  I still didn’t like all the fungus, but I was far more involved.  I’m sure a lot of that had to do with Sennia Nanua’s portrayal of Melanie, actually.  She really brought the character to life, in a terrifying and vulnerable way.  In fact, I thought the whole cast did an excellent job.  They were so good they made me enjoy the ending the movie, which I hated when I read it.  It’s interesting how a different platform will evoke different emotions.  Watching the movie made me appreciate the story more, when usually it’s the opposite.  Interestingly enough, neither my husband nor my daughter were happy with the end of The Girl with All the Gifts movie.  They felt how I did when I read the book. 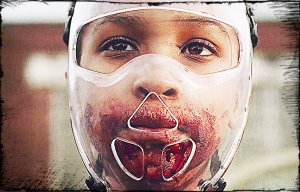 I might be biased here, since I wasn’t in love with the book the way others were.  I liked the movie more.  I thought the screenwriters did an amazing job adapting the novel.  They kept in everything essential and removed anything that caused the plot to lag.  It was gritty and apocalyptic, full of children predators and action!  I’d definitely watch this again!

If you are a massive fan of the novel, watch the movie.  I think you’ll at least enjoy the movie as much as you did the book.