Copper Point may be known as a small northern Wisconsin town famous for not wanting to change, but things are certainly shaking up at St. Ann’s Medical Center, the city’s quirky, county-run hospital. Secret romances, fake relationships, second chances at love, scandalous liaisons in an elevator—all while longstanding and shockingly deep corruption are exposed. St. Ann’s young new leadership and upstanding team of doctors will lead the way to truth, and to love. 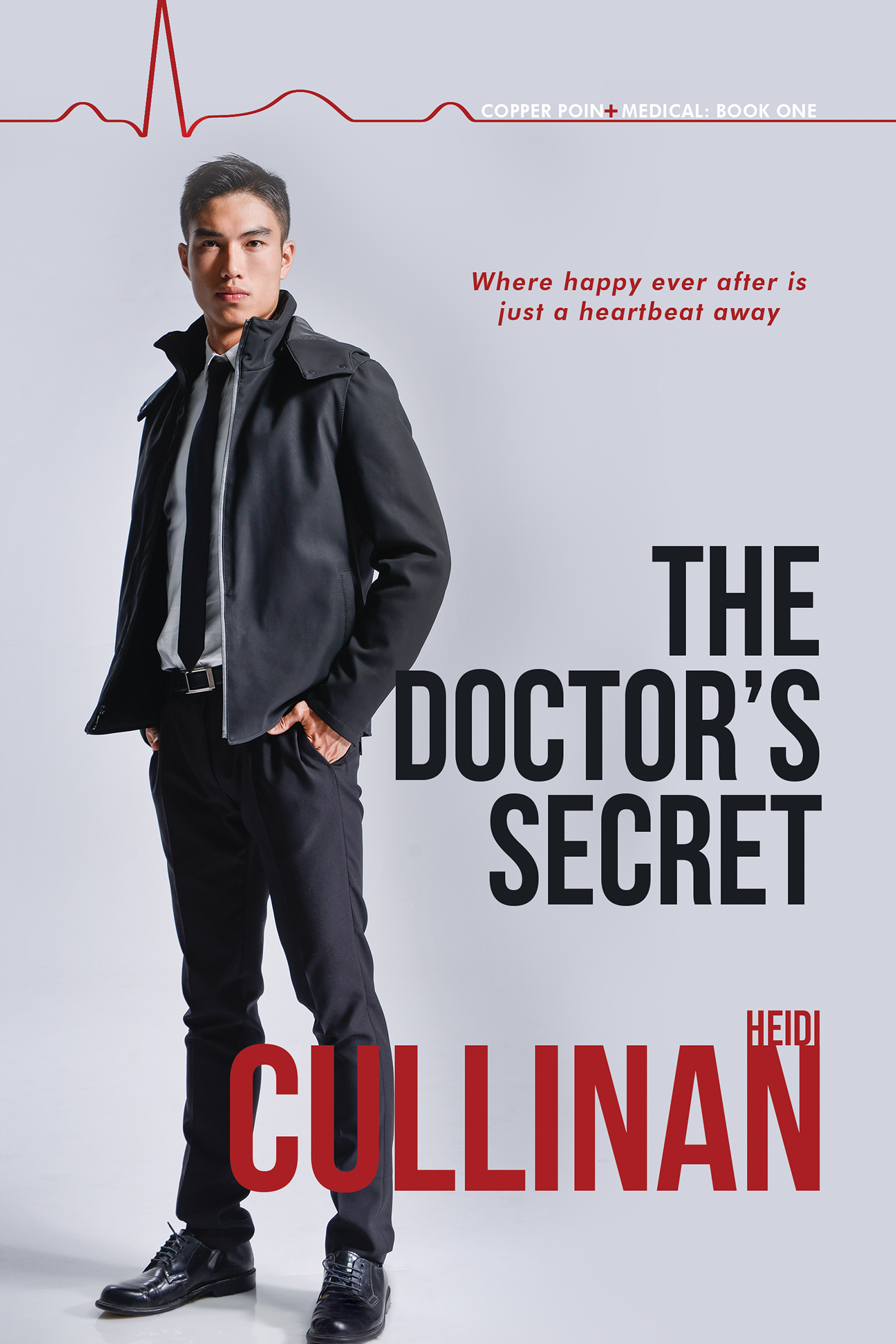 The brilliant but brooding new doctor encounters Copper Point’s sunny nurse-next-door… and nothing can stand in the way of this romance.

Dr. Hong-Wei Wu has come to Copper Point, Wisconsin, after the pressures of a high-powered residency burned him out of his career before he started. Ashamed of letting his family down after all they’ve done for him, he plans to live a quiet life as a simple surgeon in this tiny northern town. His plans, however, don’t include his outgoing, kind, and attractive surgical nurse, Simon Lane.

Simon wasn’t ready for the new surgeon to be a handsome charmer who keeps asking him for help getting settled and who woos him with amazing Taiwanese dishes. There’s no question—Dr. Wu is flirting with him, and Simon is flirting back. The problem is, St. Ann’s has a strict no-dating policy between staff, which means their romance is off the table… unless they bend the rules.

But a romance that keeps them—literally—in the closet can’t lead to happy ever after. Simon doesn’t want to stay a secret, and Hong-Wei doesn’t want to keep himself removed from life, not anymore. To secure their happiness, they’ll have to change the administration’s mind. But what other secrets will they uncover along the way, about Copper Point… and about each other?

Sometimes, when I haven’t read one in a while, I forget how much I love Heidi Cullinan. Her romances always make me feel so happy, and it was just as true while reading The Doctor’s Secret.

At times I was more than happy; I was giddy.

I feel like usually I prefer Happy For Now romance novels. Happily Ever After books generally start off with the couple not knowing each other, yet somehow in the end they’re ‘forever’, and that tends to feel unrealistic to me. I much prefer a slow burn, with a more open ended ending. Heidi Cullinan books are the exception. She has an ability to take a two men who are strangers, and make me believe they’re ready for a forever commitment in the end. I feel it in my gut, and it was exactly like that for Hong Wei and Simon.

When I was reading The Doctor’s Secret the progression of Simon and Hong Wei falling in love felt natural. They saw each other and felt an initial physical attraction, which grew emotionally over time until they were in love. I believed every second. That connection between characters is probably my favorite part of reading Heidi Cullinan.

I also enjoyed the dialogue about immigrants, and how they’re sometimes treated. Hong Wei felt deeply about immigration, having been brought to the US from Taiwan when he was a child. Maybe it’s because I share most of Heidi Cullinan’s political opinions, but she is one of the only authors who includes social issues in her stories I still enjoy them. Where I wasn’t as invested in the pop culture Kpop references, though I did love her guest post yesterday, I loved the Taiwanese history we got in The Doctor’s Secret, and the history of Asian immigrants in the US. She handles the conversation gracefully. It’s another reason she’s one of my favorites.

I’m already looking forward to the next installment. I know there’s something more going on with Erin, and I can’t wait for Owen to come to his rescue.

Author of over thirty novels, Midwest-native Heidi Cullinan writes positive-outcome romances for LGBT characters struggling against insurmountable odds because she believes there’s no such thing as too much happy ever after. Heidi is a two-time RITA® finalist and her books have been recommended by Library Journal, USA Today, RT Magazine, and Publisher’s Weekly. When Heidi isn’t writing, she enjoys cooking, reading novels and manga, playing with her cats, and watching too much anime. Find out more at heidicullinan.com.