About the Book: Chris Bellows is just trying to get through high school and survive being the only stepchild in the social-climbing Fontaine family, whose recently diminished fortune hasn’t dimmed their desire to mingle with Upper East Side society. Chris sometimes feels more like a maid than part of the family. But when Chris’s stepsister Kimberly begins dating golden boy J. J. Kennerly, heir to a political dynasty, everything changes. Because Chris and J. J. fall in love . . . with each other.

With the help of a new friend, Coco Chanel Jones, Chris learns to be comfortable in his own skin, let himself fall in love and be loved, and discovers that maybe he was wrong about his step-family all along. All it takes is one fairy godmother dressed as Diana Ross to change the course of his life.

My Fairy Godmother is a Drag Queen is a Cinderella retelling for the modern reader. The novel expertly balances issues like sexuality, family and financial troubles, and self-discovery with more lighthearted moments like how one rogue shoe can launch a secret, whirlwind romance and a chance meeting with a drag queen can spark magic and light in a once dark reality.

I loved the concept of My Fairy Godmother is a Drag Queen.  Even the title was enough to pull me in, but the synopsis made it sound better.  I really was hoping for the laughs and crazy antics that the title and synopsis implied.  I think I got them, but I was also disappointed in other areas of the story.

Listing the things I enjoyed about this book is easy.  I liked the characters, and I liked the way the characters interacted.  I liked how this wasn’t the black and white retelling of Cinderella, and that the author chose to show the step-family more realistically, even having Chris recognize that, in his own way, he enabled their laziness.  I even liked Kimberly and Buck.  They were both shallow, but there was also a lot of acceptance from them.  Basically, I think that My Fairy Godmother is a Drag Queen had a solid foundation to tell a great story.

Unfortunately I had quite a few problems with the execution, but I’ll just touch on the two biggest.

First, the main reason why I only rated it a three, is that I didn’t buy into the plot.  I couldn’t accept that there was supposedly only one idea, a terrible idea, for how JJ and Chris could spend time together.  Whenever I was reading all I could think about were the other ways this could have played out.  Ways that wouldn’t have been so unbelievable.  If you’re curious and want this spoiler ahead of time, highlight the next section: I’m sorry, but pretending to be Kimberly’s boyfriend (allowing her to think you were her boyfriend) is not a good way to see the man you do love… who happens to be her her step-brother.  I’m sure all of you can come up with a better idea too… Like, two boys who are friends.  As I read I just got more and more frustrated.

That’s not all folks, I was also frustrated at JJ for the way he treated Chris.  I’m understanding.  I’m compassionate.  Obviously JJ’s reasons for wanting to stay a secret were based in his need to do good in the world, politically, and his fear that coming out would hinder that.  What I couldn’t accept was how he knew what the lying and sneaking around was doing to Chris.  Yet it didn’t motivate him to make some kind of change.  Love is sacrifice sometimes, and if he couldn’t sacrifice his career then he should have been willing to sacrifice his love for Chris.  (Though, in my mind he should have automatically chosen love and just worked harder to have both.  But, I’m trying to play fair.)

My frustration level really impacted my enjoyment of the books resolution.  I loved the initial meet-cute, and know that the resolution was sweet too.  Unfortunately, at that point I’d had enough, and the 3 pages of happiness we got at the end wasn’t going to soothe me.

Thank you to Sky Pony Press for providing a free copy in exchange for an honest review. 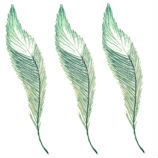