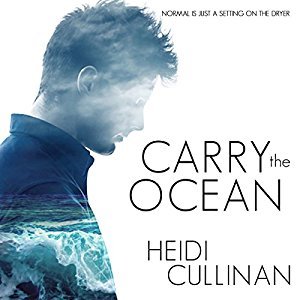 About the Book: High school graduate Jeremey Samson is looking forward to burying his head under the covers and sleeping until it’s time to leave for college. Then a tornado named Emmet Washington enters his life. The double major in math and computer science is handsome, forward, wicked smart, interested in dating Jeremey—and he’s autistic.

But Jeremey doesn’t judge him for that. He’s too busy judging himself, as are his parents, who don’t believe in things like clinical depression. When his untreated illness reaches a critical breaking point, Emmet is the white knight who rescues him and brings him along as a roommate to The Roosevelt, a quirky new assisted living facility nearby.

As Jeremey finds his feet at The Roosevelt, Emmet slowly begins to believe he can be loved for the man he is behind the autism. But before he can trust enough to fall head over heels, he must trust his own conviction that friendship is a healing force, and love can overcome any obstacle.

I’ve already reviewed this book, so I don’t intend to break the plot down again, or explain why I loved these characters.  I did love them.  I gave the print book 5 stars, and I went over everything that made Carry the Ocean so spectacular.  If you’re curious, I put my original review in a link under the book details at the top.  If you want a condensed version, here it is:  It was awesome.  Awesome characters.  Awesome romance.  Awesome representation of disability.  Awesome.  Today I’d rather focus on Iggy Toma’s narration, and it’s impact on whether or not I enjoyed listening to a book I already loved to read.

I’m a new listener of audio books.  I only started in the last two years, and sometimes I’ll go months between audio books, either because I lost interest, or because they’re not always easy for me to find time for.  If I listen at night the repetitive narration puts me to sleep, and it’s too hard to concentrate during housework.  I pretty much only listen on my drive to and from work, and my commute isn’t very long.  Plus, I usually have my daughter which limits my story selection.  Basically, it’s means that audio’s have never been a priority.

When I do listen, I only listen to books I’ve already read.  I’ve realized I prefer my own interpretation of the characters over a narrators.  I suppose I just like my own imagination more than anyone else’s.  Up until today, the only narrator I’ve liked as much as I like myself is Gomez Pugh.  He brought Vic in PsyCop out of my head and into the room.  He’s so phenomenal, if audio’s were released the same day a print book was, I’d probably opt to listen before reading.  For me that’s the highest praise.

The reason I said ‘up until today’ is because I can now add Iggy Toma to that list.  I love when a narrator makes me believe there’s a different person narrating each character, and that’s exactly what Iggy did.  Listening to Carry the Ocean, I never felt like I was listening to someone read me a story I already loved.  It was more like I was listening in on Jeremey and Emmett’s real life for the first time.  He made them alive, and he made the story new again.  I hate to say this, but I loved him as Emmett & Jeremey so much, I’m not sure I’d be able to listen to him in anything else.  I even tried!  I went to his page on Audible and listened to samples, and I couldn’t do it!  It’s the only negative to his completely perfect performance!  He was so good, it can’t be duplicated.

Now I can’t wait to listen to Shelter the Sea!  I want more of Iggy’s Emmett Washington.