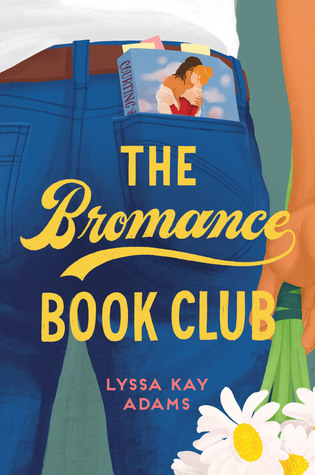 The first rule of this book club:
You don’t talk about book club.

Nashville Legends second baseman Gavin Scott’s marriage is in major league trouble. He’s recently discovered a humiliating secret: his wife Thea has always faked the Big O. When he loses his cool at the revelation, it’s the final straw on their already strained relationship. Thea asks for a divorce, and Gavin realizes he’s let his pride and fear get the better of him.

Welcome to the Bromance Book Club.

Distraught and desperate, Gavin finds help from an unlikely source: a secret romance book club made up of Nashville’s top alpha men. With the help of their current read, a steamy Regency titled Courting the Countess, the guys coach Gavin on saving his marriage. But it’ll take a lot more than flowery words and grand gestures for this hapless Romeo to find his inner hero and win back the trust of his wife.

I don’t know what got into me over the last few months, but I’m remembering why this reading thing is fan-fricking-tastic.

The Bromance Book Club has one of the best romance hooks I’ve ever read. It’s all about men who read romance novels in order to better understand another point of view, and to better learn how to talk about their feelings.

Obviously I know not all women read romance. (And I know there are men who do.) I have friends who aren’t into it at all, but I think the concept that they’re a useful tool for lessons in communication is clever. I think my husband could learn a few tips, that’s for sure.

Garrett and Thea were a good couple.

There were a few times I thought Thea was unreasonable, but I’m a believer that you try to make your marriage work first. If your partner sincerely wants to fix what was wrong, shouldn’t we at least be open to the idea? But, as Del says, backstory is everything and my backstory and Thea’s are 100% opposite. Her refusal to hear Garrett stems from her own family history. It was part of the story, and that made it understandable.

If there was any character I really couldn’t accept, it was Thea’s sister Liv. If someone loves you, they want you to be happy, even if your ideas of ‘happy’ differ. She said awful things to Garrett, but she said worse things to Thea. Forgiveness should have been harder to attain, in my humble opinion.

BUT, my dislike of Liv makes me extremely curious about the next book. How are you going to make me like her character now?

Thank you to the publisher for providing an ARC, in exchange for an honest review.