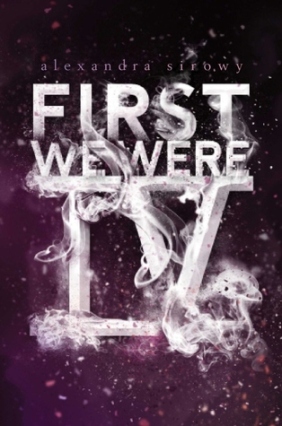 About the Book: It started for pranks, fun, and forever memories.

A secret society – for the four of us.

The rules: Never lie. Never tell. Love each other.

We made the pledge and danced under the blood moon on the meteorite in the orchard. In the spot we found the dead girl five years earlier. And discovered the ancient drawings way before that.

Nothing could break the four of us apart – I thought.

But then, others wanted in. Our seaside town had secrets. History.

We broke the rules. We lied. We told. We loved each other too much, not enough, and in ways we weren’t supposed to.

Our invention ratcheted out of control.

What started as a secret society, ended as justice. Revenge. Death. Rebellion

Wow, that book sure left me extremely conflicted.

My problem wasn’t that the book was bad.  It wasn’t.  The writing and prose as beautifully intricate.  The author did a spectacular job of building individuality in the characters, which automatically raises my enjoyment of the book.  Characterization, for me, is the most important quality in a story.  It’s more important to me than the plot because it’s the characters who bring the emotion and that’s my favorite aspect of reading.  It’s because of that I couldn’t possibly give First We Were IV less than 4 stars, regardless of what made me conflicted.

Even then, putting the characters aside, the plot was really good.   I’ve never had a thing for stories about secret societies, but something about First We Were IV drew me in, even though I had no idea what I was getting into.  This story had some wacked out shit, for sure.  I legitimately liked this cast of characters, but the power definitely played with their dynamic and took the story to uncomfortable places.  I feel like I’m pretty good at figuring out the mystery, but every time I had a theory all the clues were shaken up again.  Between the actual story and the players, I really can’t complain about anything the author did.

It wasn’t anything the author did wrong that made me feel conflicted, it was more about the choices these teenagers made.  I know that sounds odd, because the author wrote the teenagers and made their choices, but the problem wasn’t believeablity.  The characters didn’t feel written, they felt honest, which is why I don’t think it was the author.  Characters can have a mind on their own, and these were angry teenagers.  I just think my adult brain can’t wrap my mind around how they could possibly have thought what they were doing would be helpful or right.  The best villains are the ones who think they are doing right, and I think these characters could easy be seen as villains.  I liked them in varying degrees, some far more than others, and I felt their passion.  It was what their passion motivated that I struggled with.

I don’t want to say too much more, because going into this read it’s really important you don’t know much.  As much as I want to discuss the ending, I’m going to refrain.  I do have so many opinions though, so please read First We Were IV and come back and chat with me. I know I’ll be thinking about it for years to come.  Sometimes its the conflicting ones you just can’t let go of.

Thank you to Simon & Schuster Books for providing a free ARC in exchange for an honest review.