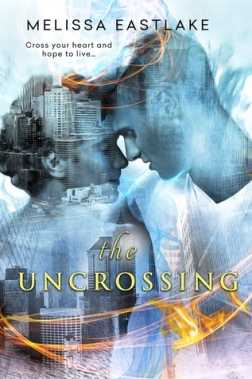 About the Book: Luke can uncross almost any curse—they unravel themselves for him like no one else. So working for the Kovrovs, one of the families controlling all the magic in New York, is exciting and dangerous, especially when he encounters the first curse he can’t break. And it involves Jeremy, the beloved, sheltered prince of the Kovrov family—the one boy he absolutely shouldn’t be falling for.

Jeremy’s been in love with cocky, talented Luke since they were kids. But from their first kiss, something’s missing. Jeremy’s family keeps generations of deadly secrets, forcing him to choose between love and loyalty. As Luke fights to break the curse, a magical, citywide war starts crackling, and it’s tied to Jeremy.

This might be the one curse Luke can’t uncross. If true love’s kiss fails, what’s left for him and Jeremy?

The Uncrossing is my first Negalley ‘wish’ that was granted.  For real guys, totally one of the best feelings!  I didn’t even know I’d gotten it, it just popped onto my Netgalley shelf for the next time I logged in.  I’m pretty sure I cheered.  It’s like getting a present!  I even rearranged my schedule to fit it in, which proves how excited I was.

The only downside of joining Goodreads was how it made me focus too much on ratings.  I admit that a book rating plays a large part in whether or not I’ll read it.  I ‘wished’ for The Uncrossing, and was granted an ARC, before I saw that it has a 3.67 rating.  That, plus a few lukewarm reviews, made me feel hesitant.  I’ll even go so far as saying, if it hadn’t been a granted wish, I may have put it off.

The Uncrossing reminds me that a rating on Goodreads doesn’t mean I’ll agree.  Sometimes my opinion doesn’t match those of the masses.  I really liked this book.  The story was a tiny bit complicated, the world wasn’t as flushed out as I think it needed to be, and the prose was a little too purple for me.  (Just say, ‘He motions for me to come closer’.  You don’t need to write, “His fingers dance in front me, urging me closer”.  Too much.)  Despite all that, I was invested in Jeremy and Luke.  They weren’t perfect.  They bickered and Jeremy was overly sensitive, but I can understand why.  I still liked how the both of them fought to stay together, and they always forgave.

I was also really into Jeremy’s relationship with his brothers, Sergei and Alexei.  The world saw them as villains, but I never did.  I saw a group of guys, birthed into the family they were, but who were loyal to each other.  Even more, they were unfailingly protective of Jeremy.  They did their very best to give him a good life, to make him happy, and Jeremy loved them.  I understood the disdain at the beginning, but I couldn’t figure out why it continued as the characters got to know each other.

And the ending.  I loved how the story ended.  I’m sure there are plenty of readers who were unsatisfied, I get the the need for a happy ending, but I actually thought this was the happiest of endings for Luke and Jeremy.  I want to say more, because I really want to talk about it with someone, but I can’t.  It’s a huge deal, and probably the very best part of The Uncrossing!

Thank you to Entangled Teen for providing a free ARC in exchange for an honest review. 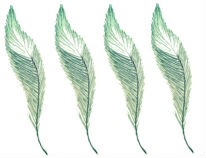