Today I’m doing The Totally Should’ve Book Tag, and it was so super easy.  There was literally no searching for answers on this one, I immediately knew what books fit into each category.  I think it comes from being an instinctive over-analyzer of everything.  I’ve actually had conversations with myself about every single one of these questions.  Now you get to hear my rambling thoughts!

Thank you so much for tagging me Meghan.  Anyone who’s reading this, head on over and visit her at Whimsical Explorations & Reviews.  You won’t be sorry!

As soon as I read the last page of Eleanor & Park I started googling to find out if there were plans for a sequel.  Not only is the ending abrupt, but it ends right at a very pivotal moment!  It’s like, a cliffhanger but without another book!  It’s like, when a television show gets canceled mid-season!  Ms Rowell!  We need closure!

When I finished this trilogy, heartbroken it was over, I remembered a character from earlier in the series.  He was from a different land and different culture, but same world.  I want Melina Marchetta to write about him and his adventures so bad.  It would be a wonderful way to maintain the world, but bring something new.

3. An Author Who Should Write More Books

So, seriously, I had so many problems with this series sometimes it’s baffling to me why I loved it as much as I did.  In my review I said the story is so 100% character driven that you find you don’t give a crap about the plot, and it’s so true.  Nora Sakavic made magic when she wrote this cast.  I get why it’s probably hard to write something else, but I seriously hope she does.

4. A Character Who Totally Should’ve Ended Up With Someone Else

If you love this book, and you’re a giant fan of Edward, you may want to skip this question.  I’m not a fan of this series, even a little.  I think it glorifies an abusive, unhealthy relationship.  The consequences that were laid out in the story ended up not happening, and it promotes the incorrect assumption that you can make all the wrong decisions, and still get everything you want.  It’s terrible, and destructive.  Now, with all that said, IF Bella had to choose between Jacob and Edward, it should have at least been Jacob.  Jacob who trusted her to make her own decisions and keep herself safe.  Jacob who made her feel like she was surrounded by sunshine (her words).  If there was a slightly more healthy selection in the books, it was Jacob.  (See, I’m passionate about this.)

5. Totally Should’ve Had A Movie Franchise

I’ve never in my life read a more perfect book series to be adapted into a television show/or movie if they could do 6.  Each book would read as it’s own season, with a 6 book overarching storyline but individual seasonal stories.  It would be perfect for something like the Sci-Fi channel, particularly because it would have to be gorier than anything currently playing on CW.

Flamecaster or Rebel of the Sand!

I’m not sure what the new obsession is with women who are walking, surrounded by the elements, gracing the cover of every single fantasy book out there.  It’s like, after Throne of Glass had Celaena on the cover and sold so well, they had to make every new book look exactly like it.  (Flamecaster in particular is almost identical!  Especially frustrating when the original cover matched Seven Realms, the series it spun off from.)  It reminds me of how, a few years ago, every Dystopia/Paranormal book had a girl in a ball gown on them.  Both Flamecaster’s and Rebel of the Sand’s old covers were beautiful, and original.

7. Totally Should’ve Stopped At Book One

Mazerunner book 1 was really good.  I was so excited when I read it.  Unfortunately I deflated as I continued, and I was seriously upset when I read the conclusion.  It’s always the first series I think of when asked this question.

Obviously anyone that wants to do this tag is welcome to.  Please ping me back so I can come read and chat with you about the books you chose.

I’m only tagging a few today, and if you don’t want to do this one feel free to ignore me! 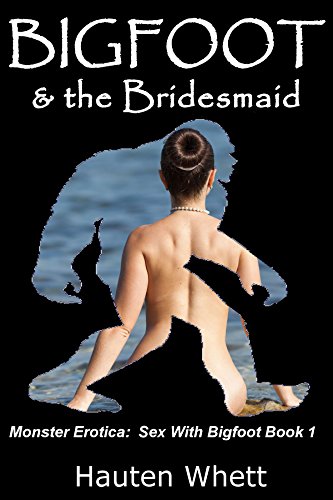